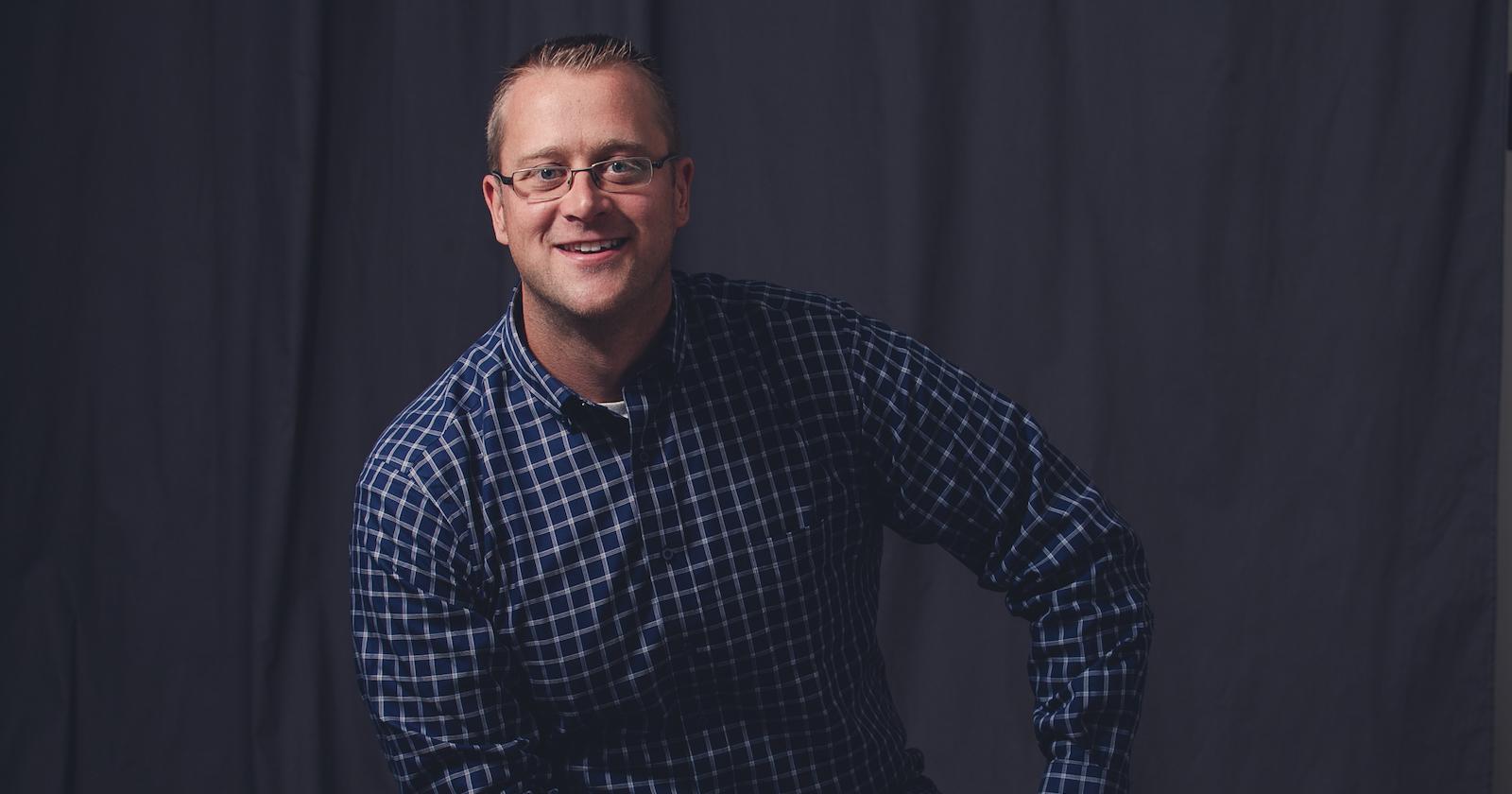 What has come into being in him was life, and the life was the light of all people. The light shines in the darkness, and the darkness did not overcome it. — John 1:4–5

It’s one of those days in southern Saskatchewan where the warmth of the sun leaves only a faint trace in memory of the cold and dark of winter. We see glimpses of God’s gracious provision for his world in the light and warmth, the daily cycles of work and rest, and return of longer days.  All of these speak of God’s faithful provision, as he has promised in his word. What sheer gift! There isn’t any reason that a sunset needed to be beautiful. If God were strictly interested in utility (aren’t we so often?), God wouldn’t have needed to make the scattering of sunlight from dust, ice, and soot in the fading light of day beautiful.

Where faith and science meet

Light seems to me one part of the created world that helps us understand how both Christian faith and science see creation in unique way. In what’s really just a sophisticated ‘add-on’ to what our eyes see, we study the brightness and dispersion of light with instruments and experiments of ever-increasing power: both of very small things and of very large things. Such ‘seeing’ lets us peer into events down at the atomic scale and much smaller, or peer out into space, giving ever-higher-resolution images of impossibly-distant stars and galaxies. In a way that’s not totally different, as we read and ponder upon scripture with the Holy Spirit’s illumination, God reveals to us His glory reflected in the world around us and at the same time we see its brokenness because of sin.

When we consider light’s behavior, there is an irreducible relatedness between subject and object: when you look at a flower, you see it only because light from somewhere else bounces off the flower and into your eye. Take away any such light, and the flower disappears from sight. Perhaps it’s such relatedness that has prompted the long reflection in Christian tradition on the use of light as metaphor and analogy for God’s very being as Holy Trinity, God’s relationship to creation, and God’s illumination of humankind.

John of Damascus (676-749) wrote of the persons of the Trinity and their action on us: “It is just the same as in the case of the sun from which come both the ray and the radiance (for the sun itself is the source of both the ray and the radiance), and it is through the ray that the radiance is imparted to us, and it is the radiance itself by which we are lightened and in which we participate.”  Just as a ray of light unceasingly flows from its source, so too the Son is eternally begotten of the Father. Just as you see the flower because the sun illuminates it, so too we come to know God the Father—and reality as it truly is—from seeing Jesus, the light of the world, in his birth, life, death, resurrection, and ascension. God sends his Holy Spirit to give light and draw us to himself. One of the clearest expressions of our faith, the Nicene Creed, affirms that Jesus is “God from God, light from light, true God from true God”. If we are to know God, we first look at Jesus.

Looking through the pages of Scripture, it’s remarkable how often the language of light is used. From the very beginning: where God both forms (“God said ‘Let there be light’, and there was light” [Gen 1.3]) and God fills (“Let there be lights in the dome of the sky … ” [Gen 1.14]) creation, and forward to the end (“they need no light of lamp or sun, for the Lord God will be their light” [Rev 22.5]), and at practically every step in between, light is a key part of the Bible’s language both in speaking about God and about God’s relationship to creation.  From God’s calling of Abraham (to “look at the stars” [Gen 15.5]) in the calling Israel, which is given the task to be “a light to the Gentiles” [Is 49.6], all the way through to Jesus’s proclamation, “I am the light of the world” [Jn 8.12].

Perhaps no place in all of scripture speaks so fully on this theme as the opening verses of John’s gospel:

Over the course of the next few paragraphs, this light/darkness imagery is kept in tension. Whenever I read it, I have a sense of looking at an early-morning landscape moving from darkness, to hints of light, then the feeble light growing stronger, until suddenly (in verse 14) the light bursts forth, blindingly:

“And the Word became flesh and lived among us, and we have seen his glory, the glory as of a father’s only son, full of grace and truth.”

Light. Glory. Theologically, the language of light seems stronger than mere metaphor: it borders on analogy, of speaking of the very being of God. On the one side, there is a kind of similarity: God, like light, reveals and exposes; both illuminate and give direction. Yet analogy also insists on the infinite difference between Creator and created: as powerful as light is as analogy, it remains impersonal.  “For it is the God who said ‘Let light shine out of darkness,’ who has shone in our hearts to give the light of the knowledge of the glory of God in the face of Jesus Christ.” [2 Cor 4.6]. Irenaeus of Lyons remarked, “God is most aptly called ‘light’, but he is nothing like the light we know.”

Given light’s role in creation, maybe it shouldn’t come as a surprise that the study of light has been a part of some of the most remarkable developments in the sciences. Two quick examples: first, its flexibility as a ‘tool’ for probing what’s otherwise unseen only grows with time.  From revealing the smallest structures of living creatures in microscopes and experiments at the atomic scale; to dispersing its colors in satellite instruments to make maps of ozone and carbon dioxide around the globe; to measuring the compositions and speeds of distant stars, to even measuring the atmospheres of planets around these stars.

Second, the study of light has also driven developments in the most fundamental aspects of physics in the past 100 years. Please bear with a short excursion into events in the history of science near the turn of the 20th century. Some fifty years before, James Clerk Maxwell developed his theory of electromagnetism, in the process discovering that light was one form of electromagnetic waves [there are many other kinds outside the thin slice our eyes can see]. Deep reflection on the nature of light—much of it flowing form Maxwell’s theory and its incompatibility with Newton’s theory of mechanics—led to the two of the most revolutionary ideas in modern physics: the theory of relativity and quantum physics.

In the years that followed, it was demonstrated from a suite of experiments that light behaves both as waves and as particles (depending on the type of experiment being conducted). This would have been unthinkable only fifty years earlier. Close attention to the nature of observations—and being open to surprise—has caused physicists to reconsider basic definitions of space, time, and matter; and this by making ever-more-precise measurements.  How compelling that close study and attention to the world around us leads not to closing-down of inquiry, but to increased awe and wonder!

Light in the world

C.S. Lewis once said: “I believe in Christianity as I believe that the Sun has risen; not only because I see it but because by it I see everything else.”  From scripture, we know that the true Light has been given to the world in a Person: that Jesus has revealed to the world simultaneously God’s love and God’s the depths of humanity’s sinfulness.

“God proves his love for us in that while we still were sinners Christ died for us.” [Rom 5.8]

The steady witness of scripture is that the most ultimate reality of this world—so broken and so dark in so many places—is not an impersonal, purposeless interplay of colliding forces, but the personal, active, and loving presence of the God revealed in Jesus Christ by the Holy Spirit.

Amazingly, we are called to this task: Jesus tells his little group of followers “You are the light of the world” [Matt 5.14]. May God give us grace to shine light into the many dark corners that surround us.

To take time away from distraction, focus on growing in ministry, community, leadership, academics—you experience God in a whole new way! This program helps you to be intentional with the rest of your life.
Rachael Allen
Start your application